Where does the expression 'How's-your-father' come from?

Oh wise and all knowing one, could you please tell me what is the meaning behind the phrase, 'a bit of how's your father?' I recently propositioned a French man to engage in some with me but all I got was incessant questions about the meaning of the term and where it comes from. Could you please explain it, so I can get some of it??

The origin of the expression 'how's your father' can be traced back to Victorian times. In those days any man with a daughter was so protective of her virtue that he would take extraordinary measures to safeguard it. Unmarried girls would be kept within the bosom of their family as much as possible, chaperoned on excursions, and on those occasions when they were let out of bounds for social events, their fathers would often accompany them discreetly by hiding underneath their voluminous skirts ready to pounce on any man who transgressed the bounds of propriety - see diagrams. 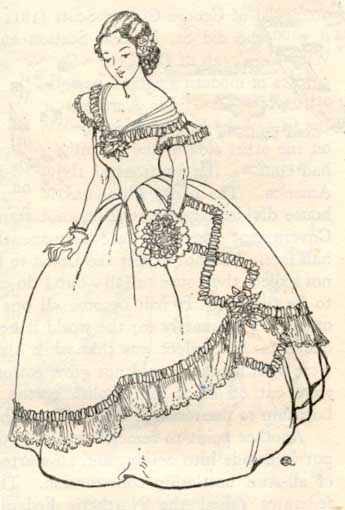 Fig.1: Girl dressed for fashionable ball, ripe for
seduction by some moustachioed cad - or is she? 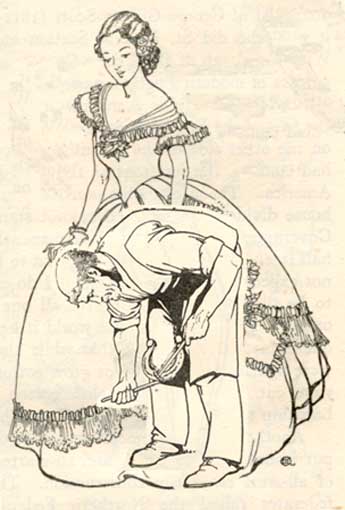 However, a father with more than one daughter couldn't be everywhere at once. Thus, a suitor having a discreet vis-a-vis with his beloved would cautiously ascertain her father's whereabouts by asking, 'And how is your father?' If her father was currently under her skirts, she would glance downwards and reply, 'My father is very well, thankyou, and as alert and vigorous as ever, and maintains his interest in rusty castrating implements.' Her beau would then say, 'I have always had the greatest respect for your father, and of course for you. Let us hold hands and think about the Queen for a while.' If, on the other hand, her father was elsewhere, she would reply, 'The mad old bastard is currently stationed between my sister Constance's thighs. Let us go into the garden and rut like stoats.'

Hence, 'How's your father' became a euphemism for you-know-what. I imagine it never caught on in France because Frenchmen didn't care who shagged their daughters as long as they could watch.