Except I'm not, this isn't a drill, this is the real thing this time. If I try to sugar-coat my anger, if I try to pass my despair off lightly, it is because if I were to unleash the full naked force of my irritation the very bonds of reality itself could break.

You are aware, I would imagine, of the existence of an arch-traditionalist philosopher named Roger Scruton. I have become rather fond of his essays over the years. He is sometimes said to be the brainiest man in Britain and is easily one of the fogey-est. When he became a father, for example, he gave out that he intended to teach his son to play the lute and lock him in a cupboard for an hour a day to teach him stoicism. Or something like that. I forget the details. It wasn't really that but it was something close enough to that for me to go Quite Right Too and everyone else in the country to shriek in outrage.

Moreover, and unusually for an Englishman, he's both devastatingly intelligent and yet ruggedly good-looking - there are few of us around and we have to stick together. All in all I would regard him as a guru were it not for the fact that I am only able to understand about one sentence in three of his more full-bloodedly philosophical passages without frowning for several minutes and moving my lips a bit. He is at the very least, and even if I don't always agree with him, one of the few people in public life I find it possible to respect.

Or rather, he was, but he has just forfeited his cool and sold out badly. Scruton can pack away his harpsichord and turn in his wode cosmetics, because I'm unilaterally kicking him out of the Reactionaries' International. He has been revealed as a modernist, a progressive, an apologist for all that is shiny and beepy and empty and soulless. I think he spends his spare time programming new ring-tones on his mobile; I think deep down he prefers Halo 3 to fox-hunting; I think when he beats other eggheads in Oxford Union debates he sends them text-messages saying 'lol' and 'pwned'.

In the Sunday Times at the weekend Scruton published a generally laudatory review of Richard Sennett's book The Craftsman, whose argument seems to be that traditions of craftsmanship have not died out but transmuted into new forms:

'Sennett does not think that craftsmanship has vanished from the world. On the contrary: it has merely migrated to other regions of human enterprise, so that the delicate form of skilled cooperation that once produced a cathedral now produces the Linux software system. Linux, for Sennett, is the work of a community of craftsmen "who embody some of the elements first celebrated in the (Homeric) Hymn to Hephaestus".'

This is Scruton's Dylan-goes-electric moment. For curmudgeons and fogeys everywhere, this is a moment of disillusionment like that in Death of a Salesman, I'm thinking particularly of the Malkovich-Hoffman film, where Biff's slumped on the floor of the hotel room, covered in tears and snot, screaming, 'Fake! Fake!' at his fallible father.

'The delicate form of skilled cooperation that once produced a cathedral now produces the Linux software system.' I'm staring morbidly at those words now; a mischievous sub-editor has bolded and enlarged it as the money-quote of the page (there's also an even more mischievous title, 'The new masters of our universe'). 'Linux, for Sennett, is the work of a community of craftsmen "who embody some of the elements first celebrated in the (Homeric) Hymn to Hephaestus".' And Scruton lets this pass. Unless the Times edited out the words 'The fatuous cunt' from the end of that paragraph, Scruton finds this unobjectionable.

True, his next line is 'The quotation illustrates the range and boldness of this book', and I suppose 'boldness' can sometimes be polite academic-speak for 'what are you on, you mad bloody tool'? But I waited in vain for Scruton to proceed to tear the man's head off and shout down his bleeding neck.

Here, by the way, is the Homeric hymn to Hephaestus:

Sing, clear-voiced Muses, of Hephaestus famed for inventions. With bright-eyed Athene he taught men glorious gifts throughout the world, men who before used to dwell in caves in the mountains like wild beasts. But now that they have learned crafts through Hephaestus the famed worker, easily they live a peaceful life in their own houses the whole year round.

Be gracious, Hephaestus, and grant me success and prosperity!

...Actually, I have to admit that the bit about not leaving the house the whole year round is embodied in a lot of the computer programmers I know. 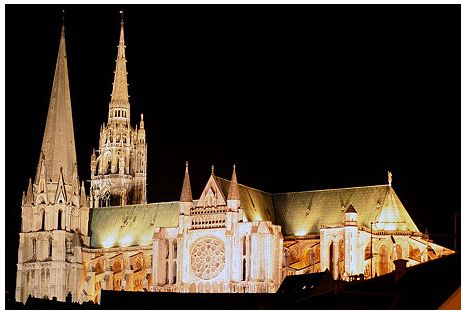 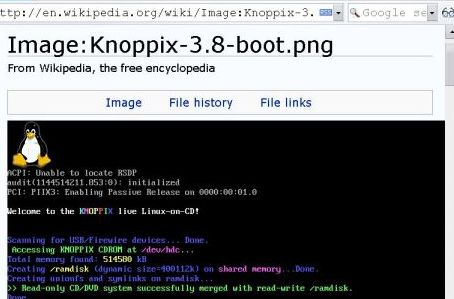 Chartres Cathedral (L) and some Linux (R). The brainiest and most conservative man in England is happy for someone to find these comparable. Note spires and oriels on cathedral. Note penguin and happy coloured text on computer program. Note I have applied for a license for a high-powered hunting rifle. 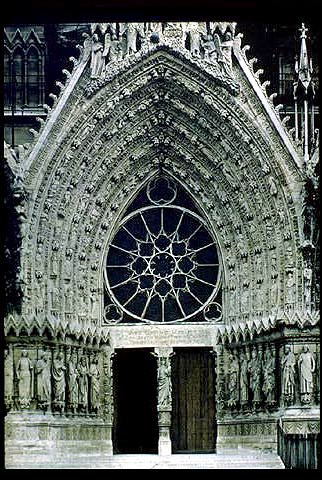 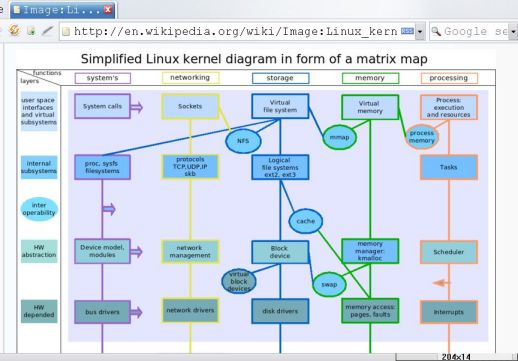 By the way I hope you can tell from these screenshots that I'm using Opera. It's not so much a web browser as a way of life. I'm glad it's called Opera because the source code is so beautiful it makes me cry like the end of La Traviata. 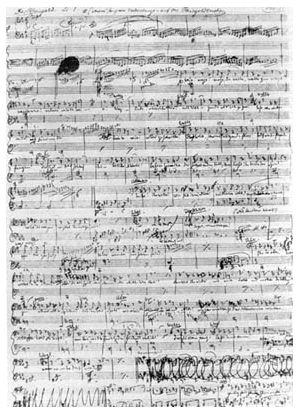 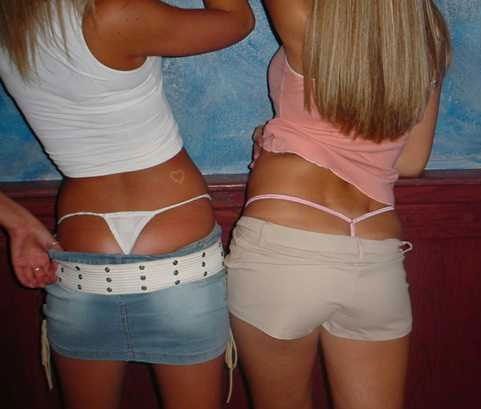 Wagner's Ring Cycle (L) and the visible thong (R). Both startling creative breakthroughs and climactic cultural developments in their own way 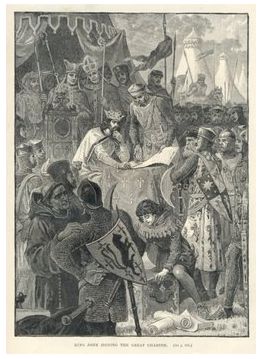 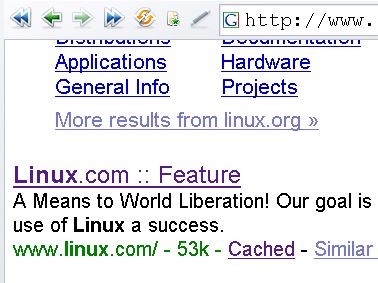 The signing of the Magna Carta (L), Linux, (R). Similarly momentous footsteps on the road to human freedom. 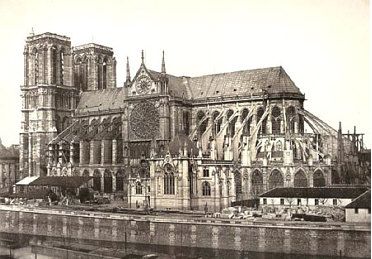 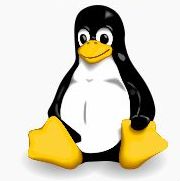 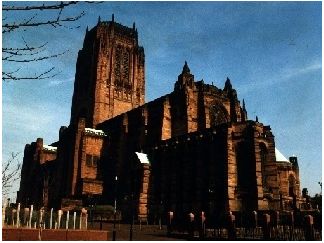 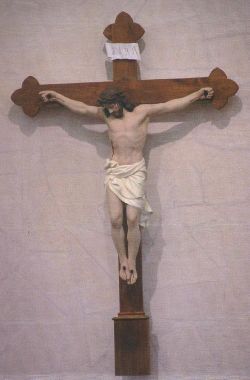 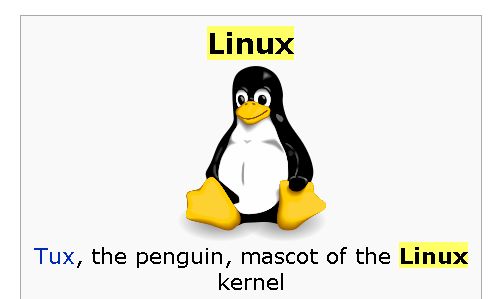 Cathedral-builders' mascot at left, depicting the sacred mystery of the Son of God offering himself as a sacrifice to redeem mankind, or a man suffering torment and death for espousing love, brotherhood and justice, depending on your point of view; Linux mascot at right. It is a penguin 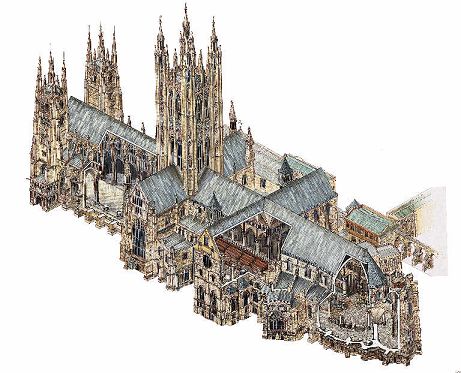 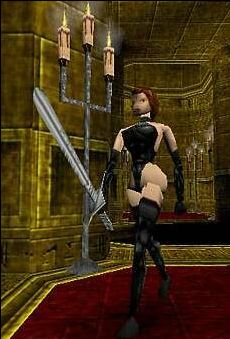 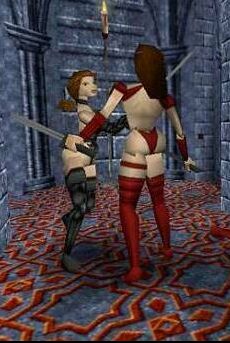 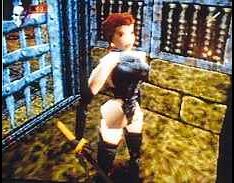 Wait, where was I? 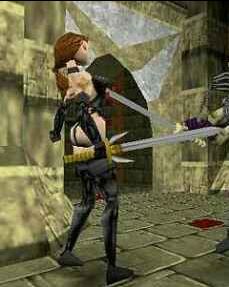 All right, Deathtrap Dungeon probably justifies the modern world. I realised some minutes ago, by the way, in fact about two minutes after starting it, that this piece is based on an almost entirely false premise. Scruton almost certainly does not believe that a computer program is equivalent to a cathedral. Probably all Sennett is saying is that if a job's worth doing it's worth doing well. From a quick search he appears not to be particularly awful and relativist; from Scruton's review he appears to be largely on the side of the angels. It was really just the mischievous sub-editor that triggered me. But it is too late to stop now. The point is people should choose their words carefully and in particular devote less of them to kissing the arse of the sodding dreary internet. Actually, the point is that people should just shut up, forever, unless they have something funny, beautiful or genuinely interesting to say.

I sometimes think there's a conspiracy among professors who should know better to pretend that pop culture is serious, meaningful and satisfying in order to discourage the proles from cluttering up art galleries, concert halls, libraries and cathedrals

I don't, by the way, want us to build cathedrals or anything. If we built a cathedral now it would probably look something like this: 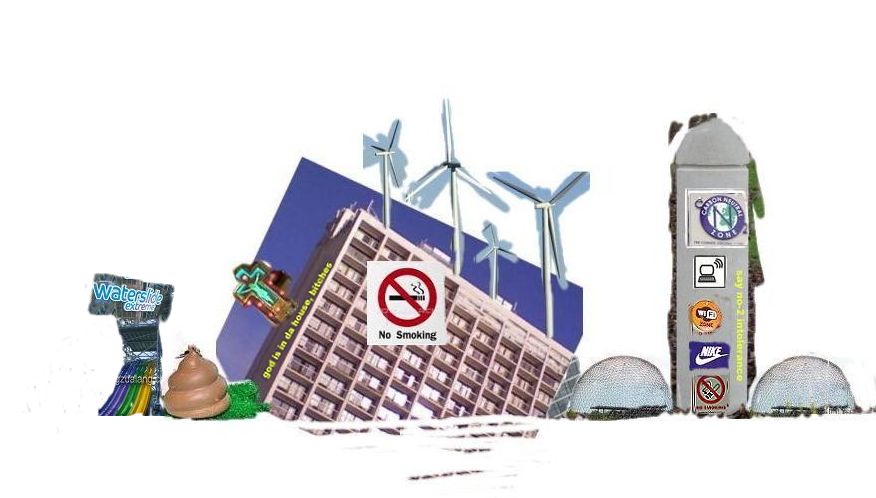 I don't want us to build or do anything. I want us to just sit quietly on our hands until we pass away and are replaced by a sounder, healthier, more interesting people.

The internet. The fucking internet. The bloody computer. Did we make this much fuss over the invention of the phone? I doubt it. Maybe a few snippets in the papers the first couple of weeks, then they probably just accepted it and moved on. No news stories like 'Man uses telephone to ring up other man' every day forever and ever and fucking ever amen. Or bollocks about the phone-book being a cultural achievement comparable to the Sistine Chapel.

I pray for proper space-exploration to begin again. First because it would give us some sort of goal and vision and new frontier, second because it might make everyone shut the hell up about the boring, beeping, flashing, 99%-moronic, dull-as-custard internet.

We are bores. We are bores. We must be the dullest people ever to draw breath. Not only that, we glory in our dullness, are narcissists of our own ineffable triviality. My one consolation is that no memory of us will survive to bore our descendants. If as threatened paper books and newspapers and film stock go and everything is stored digitally, it is only a matter of time before the whole lot gets wiped somehow and we are reduced to the hole in cultural history we truly are.

'Iranian protesters use faddish web application to communicate' is irrelevant.

In 1968, I'm fairly sure, the story was that Czechs were facing Soviet tanks; there weren't little boxed inserts going on about their use of the mimeograph machine or the sodding telephone.

This, actually, is Scruton's Dylan-goes-electric moment:

'I have actually been listening to quite a bit of heavy metal lately, and Metallica, I think, is genuinely talented. ‘Master of Puppets’ I think has got something genuinely both poetic - violently poetic - and musical.'