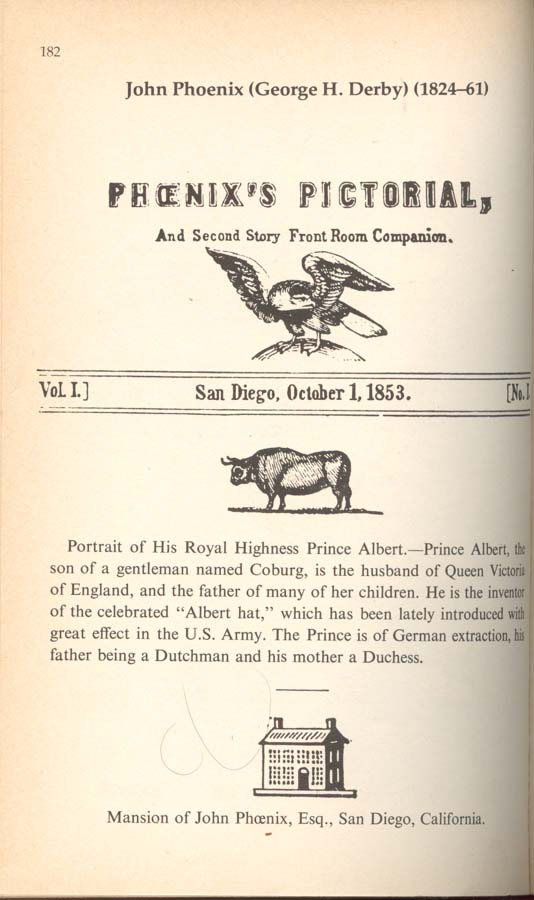 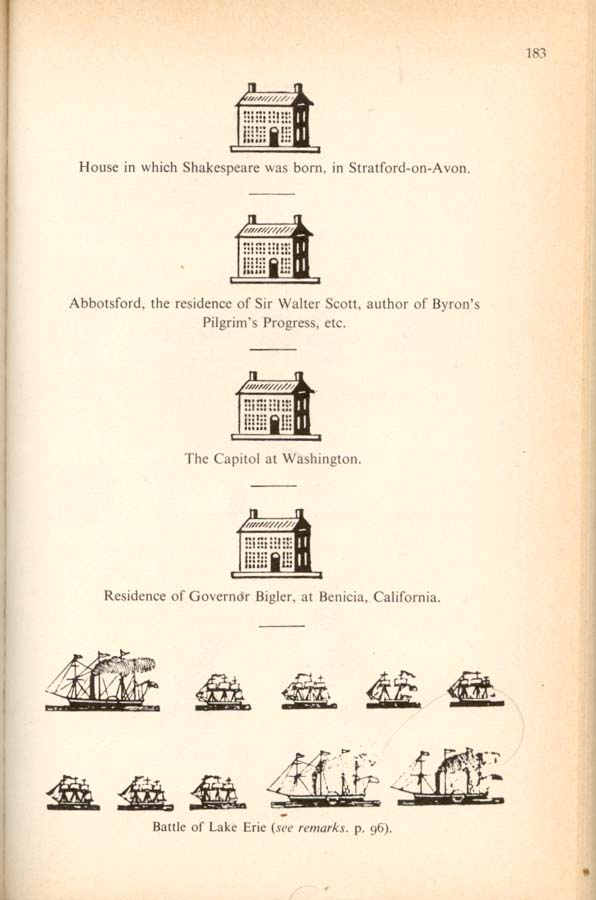 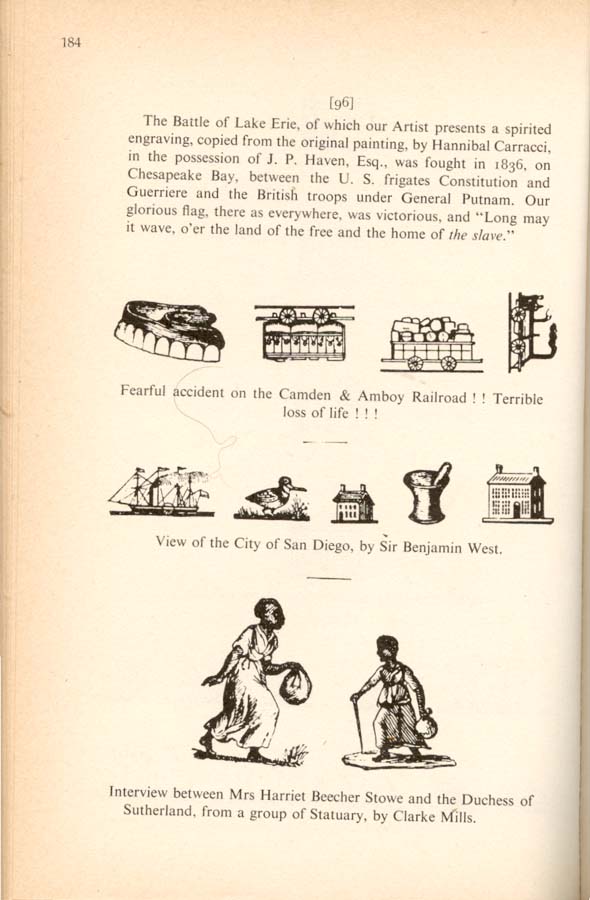 Lieutenant in the U.S. Topographical Corps and pioneering lunatic humorist.

The above is the result of his ill-advisedly being left in charge of the San Diego Herald newspaper for a couple of weeks while the editor was away; he ran amok with printer's blocks and put this out as a pictorial supplement. He also took the opportunity to change the paper's political stance to support the Whig candidate for Governor rather than the Democrat candidate the Herald had previously campaigned for; the editor returned to find the Whigs had carried San Diego.

Some of his other practical jokes were more alarming, such as cajoling a man into being branded with a cattle-iron to supposedly join the Masons (and then pretending to do it), or swapping infants in their baskets. (See bio below.)

Back to my Site