GET IT WHILE IT'S HOT AND WRIGGLY!

Who will buy my luverly sperm?

Selling your gametes on the internet is big business, and I have decided to cash in. I have been singularly blessed with sperm. I must have a small fortune in the stuff just lying around, and plenty more on tap. I appear to have an inexhaustible supply of 'white gold'.

Michael Kelly's Sperm Surplus is the only volume gamete-dealer to research genetic heritage thoroughly.
Over at ronsangels.com, Doctor Mengele makes a great hoo-ha about selling eggs from beautiful models in hopes of producing a beautiful child. But what were the models like before surgery? And what do their parents or siblings look like? What if one of their grandparents has a hump like a whale's with a hole in the top that whistles every time they breathe? Suppose you shelled out fifteen grand for an egg and you had an ugly child? Would Doctor Mengele take it back? No. You'd have to drown it, or leave it on an ugly family's doorstep.
Likewise with sperm banks that purport to offer donations from the world's most intelligent men. How do you know that's who it's from? More likely they have a horny teenage delivery boy attached to a Hoover. But even if you could personally witness the likes of Roger Scruton or Stephen Hawking wanking off into a test tube, it would be no guarantee of the quality of DNA you were getting, although it would definitely be worth the money. A man being a genius does not necessarily mean intelligence runs in his family. Einstein, for example, had a giggling idiot brother named Zog, whose idea of intellectual curiosity was to stick his tongue into a mousetrap or attempt to wee up his own nose. Then he would go and show Einstein what he had done, a mousetrap hanging from his tongue or urine dripping from his nostrils, gurgling merrily the while. "Fuck off, Zog," Einstein would say. "Mum, Mum, Zog's got loose again, and I'm trying to do me equations."
There is none of that uncertainty with Michael Kelly's Sperm Surplus. I have researched my family for three generations and assessed their genes frankly. They are not all supermen by any means, but at least there are no outright monsters. (Well, there is cousin Frank, but that sort of thing isn't likely to crop up again for a few generations, and besides prehensile tongues can be useful.) Moreover, you are welcome to come and visit my family to check on them personally. While you are here I will also give you a tour of my facilities. What the hell, we might as well do the fertilization as well. 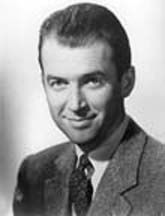 My grandmother lived near an American airbase during the war and was impregnated by James Stewart. At least, that's who he told her he was, but there was a blackout at the time and she never actually saw his face. 'He was like a wild animal,' she recalls fondly. 'He slapped me into submission and took me brutally with no thought but his own pleasure. And he slobbered a lot, bless him.' Frankly, I am not convinced it was James Stewart. For one thing, my Gran says he was 4 foot 6, spoke with a Cornish accent and had a hump on his back that whistled when he breathed. After the war he never answered any of her letters, but she still has her memories. I make no extra charge for the James Stewart genes. 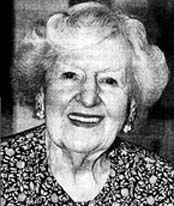 My granny has always had an enviable appetite for life (see also 'The Lost Art of Seduction'), although in recent years she has had to curb this somewhat due to arthritis and the restraining order Robbie Williams took out on her.
These days her interests centre around prescription pharmaceuticals and her collection of used bus-tickets, unrivalled in Western Europe. 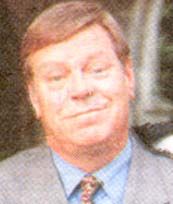 FATHER:
A self-made business man, my father is a man of strong political opinions, some of them more liberal than Genghis Khan. A budding career as a Conservative political candidate was cut short when, the worse for wear at a fundraiser, he headbutted the guest of honour, a very frail and elderly Harold Macmillan, apparently having mistaken him for a man who had sold him a dud ferret.
He is able to fart the theme tune from Z-Cars, when the mood takes him. 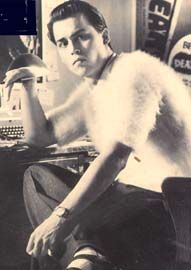 ME MYSELF:
All-round Renaissance man, except I can't make statues and don't fuck little boys. (I did once get a boner when I saw the lead singer of Hanson, but I thought he was a girl.)
The living answer to Freud's question, 'What do women want?' No flaws at all, really. The occasional bit of difficulty with childproof aspirin bottles, but that's about it. Oh, and there's that spasm thing where I suddenly fall over and start singing I Am The Captain Of The Pinafore in a Peter Lorre voice, but I think I know what's causing that now.
What else can I say? For the past ten years I have been living with my parents and signing on at the dole office every two weeks, so any child of my seed will be a home-loving type who is able to keep appointments. It will tend to stay put when you leave it somewhere and so will be easy to find. 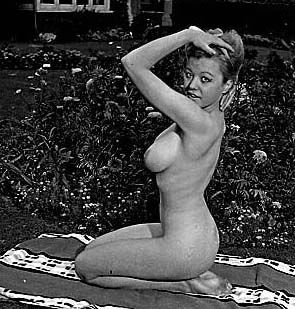 SISTER: Doris
My sister Doris is a very physical girl who enjoys lots of activities, both outdoors and in the back of cars. I have been unable to persuade her to offer her eggs for sale, but if you come round to our place she'll let you fertilize them yourself for a few sweet words and a bag of crisps. 'Kettle Chips, mind,' she instructs me to say.
Any child who gets Doris's genes will have large breasts, fetching on a girl, a talking point on a boy.

SMOOTH UNCLE SIMON:
Uncle Simon had a distinguished war service and fell on the beach at Anzio. He fell within the first three feet, actually, having a bit of gyp from his trick ankle, but selflessly encouraged the others to go on without him.
Since then he has lived on his wits. Any child inheriting the Uncle Simon gene will be born with a dashing moustache and an MG Sports Coupe. They will be adept at cajoling strangers into cashing a small cheque for them. 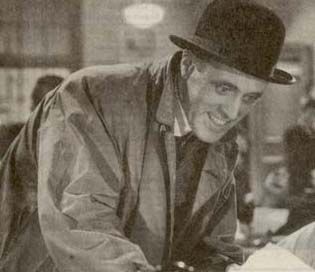 UNCLE TARQUIN:
My uncle Tarquin is a dreamer and an idealist, a man of wild enthusiasms and unpredictable moodswings. He first made his name as an astronomer when he rang world leaders to tell them an insect the size of Mars was heading towards the Earth, although it turned out to be a bee trapped in his telescope.
For many years he was a popular columnist on his local paper, where he led a campaign to alert the public to the dangers of eating sellotape, something he learned from bitter experience.
He is the pioneer and chief proponent of Tarquinomics, an alternative currency system based on pebbles. If it ever comes into general use he will be a very rich man as he has half the Fylde coastline stashed in his bedroom. 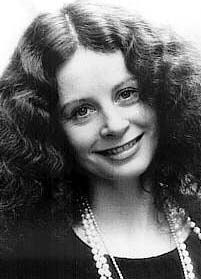 
During the 60s my mother was a figure on the hippy scene noted for hosting free-wheeling counter-cultural salons and once pulled a train for Jimi Hendrix, Leonard Cohen and Bertrand Russell.
Although she has not completely abandoned her youthful radicalism and spends a great deal of time investigating conditions in deprived parts of the world such as Milan and St. Tropez, these days my mother devotes much of her energy to parapsychology and has opened the world's first pixie sanctuary. 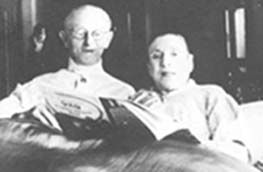 GRANDMA BETH AND GRANDPA SETH
I never knew Grandma Beth and Grandpa Seth as they died before I was born, but I have been researching their lives. They grew up together in a small village in Dorset. Remarkably, they seem to have been born with the same surname and raised in the same house. I suppose some things are written in the stars.

GRANDMA ELSIE
Hang on, I appear to have three grannies. What gives here? 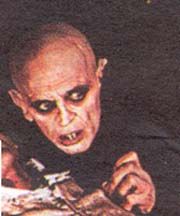 COUSIN FRANK
Lots of wild accusations have been levelled against Frank over the years but no-one has ever proved anything. It was probably a wolf that dismembered those sheep, and he could have bought those scalps they found in his room.
While I have always found Frank a charming man in spite of his eccentricities and...defects, I recognize that a child that takes after him may not be everyone's cup of tea. On the other hand, pinhead babies are easier to give birth to. Tell you what: if anything truly Frank-like pops out, I will pay for the modifications to your cellar and throw in a rhino-hide whip. Can't say fairer than that. 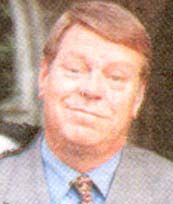 Father's twin brother. So identical we had put to put a label on his forehead to stop him eating my father's tea and sleeping with my mother. In their youth they would pretend to be each other and played a game where one of them would burn down a factory while the other established an alibi.
For many years Jack worked as a mule-wrestler, until someone pointed out that it wasn't actually a job. Currently he gets by importing illegal immigrants into the country by wrapping them in brown paper and mailing them. He works them on his pig farm and rats them out to the authorities when it's time to pay them. Cousin Frank is the product of a youthful fling, although he never knew who the mother was.