(i.e., you won't get it unless you've seen the films in question)

I just found this while looking for something more important and it made me snigger and it's a shame for it go to waste. But I'm only going to leave it up for about two minutes and then put it straight into the archives, because (a) that's what I always do nowadays and (b) it's an elaborate set-up for a joke of the kind that, e.g., somethingawful do better about a hundred times a week. But, honestly, if you knew how heartbreakingly inept I am at photoshopping and how much time I spent on this, I don't want it to be wasted completely.

All right. This is something I was going to do a while back for a film and culture zine Nate from Art of Europe was putting together. And Part One was going to be 'How To Disguise A Gory Film As A Girly Film'. And the premise was, if you're going out with someone who only likes chick-flicks, how you can trick them into renting a really cool violent film to watch. (I should hasten to add that 'girly' and 'chick' are of course just short-hand, and in fact 80% of the time I would actually be the girl in this kind of situation, and many of the girls I know would cheerfully watch nasty ickiness that would make me throw up, and except when I'm in a grumpy mood I would generally prefer to watch a nice gentle chick-flick than something mindlessly violent. But there are limits. There are definitely limits.)

Anyway, the set-up demands outmoded stereotypes, and if you're going to question it, it will just fall apart. So, you're going out with or living with a really girly girl (or, all right, not to be sexist, a really girly man) who's into really soppy girly films and hates to watch any cool stuff with guns or robots or vampire nuns. And you try to compromise, you take it in turns to pick films to watch, and you both try to be considerate and pick something the other will at least have a chance of being able to fake a passing interest in. Only last week you buggered up badly. You snapped and rented something really appallingly violent or something really appallingly sci-fi, and she wasn't impressed at all. And now it's her turn to pick and you just know she's getting to retaliate with Terms of Bastard Endearment or Steel Shitting Magnolias or An Officer And A Gayboy.

And you can't take it. You really know it will kill you. You want to watch guns and robots and lasers and people being beheaded and people playing football with the severed heads and driving in fast cars and punching old ladies and nude robot vampire schoolgirl nuns in velcro blowing things up.

So as a last resort you try the following, we were going to say. (I say we but in retrospect Nate wasn't that enthused and merely deferred to my misplaced manic excitement.) What you do is this: you make some fake covers for a video case (I've belatedly realised how archaic this was even when I pitched it, but bear with me) - that is you make fake labels for a film you know you'll like, with pictures and copy and straplines which spin it in such a way that it will seem like the girliest film ever. You see? You get a really cool violent film and put a cover on that says things like 'Touching', 'Moving', 'Heart-rending', 'Tear-jerking' and shit like that.

To actually stick the fake labels on the cassette case* you'd need a friend in the shop or some deft sleight of hand while browsing. And then when she's looking for someting to rent, you subtly draw attention to it by saying ,'Oh, look, this is the sort of shit you'll probably get... no, I was only kidding, don't you dare.'

Or if you're prepared to sacrifice plausible deniability and you're really desperate, you just bring the thing home yourself already prepared and say, 'I saw this and rented it to apologise for my last choice, it seems like the sort of shit you like, boy I am in for it now,' and then try to act surprised when the shooting and stabbing starts.

Anyway the example I was going to do was fake girly covers for the ultra-violent Japanese film Battle Royale, which is about a bunch of schoolchildren who are stranded on an island and forced to fight each other to the death with a gruesome array of shooting and stabbing things on pain of being blown up by control collars if they don't. And we were going to print these in the zine so people could try them for themselves, but there were technical problems and they wouldn't reproduce, and as I say Nate thought it was fairly lame anyway, and I can't say I blame him now, and it's too much of an in-joke apart from anything else. But anyway, here they are: 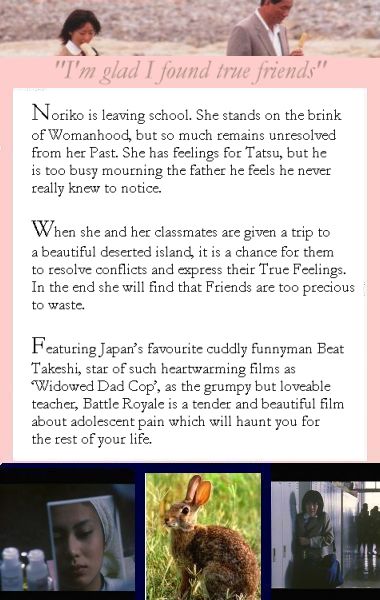 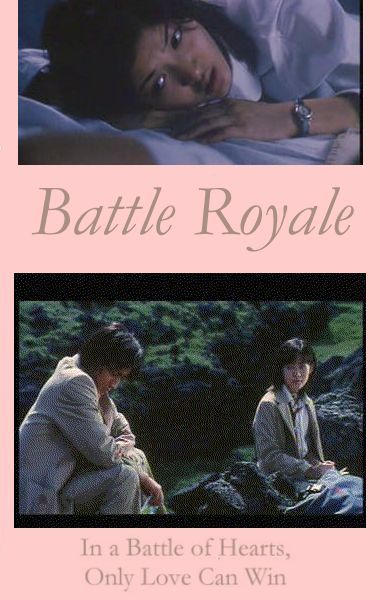 All right, the second part was going to be almost but not quite the opposite, namely 'How To Disguise An Art-House Film As A Popcorn Movie.' This could be, how to trick your moron boyfriend into watching something intelligent. Or it could be, you know, if you're a student or something and you're living in a house with a bunch of laddish lads, and you're a sensitive arty type and you're all renting a video* and you're sick to shit of things with explosions and stuff and you really crave some culture, this is how you sneak it in without looking queer. Or you could be a distributor of art-house films looking to increase your profit. Bit more false advertising in this one. Not really finished as I couldn't find the right fonts and stuff and I can't be arsed now, but you can at least see what I intended. 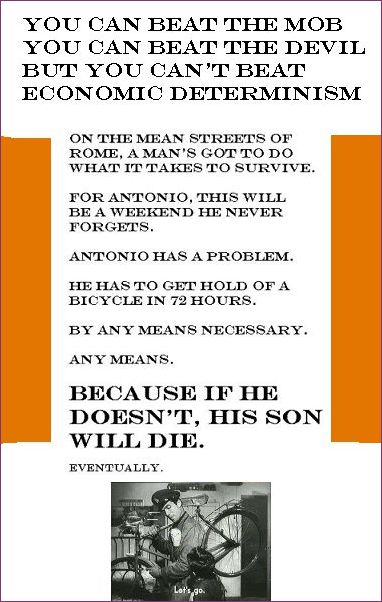 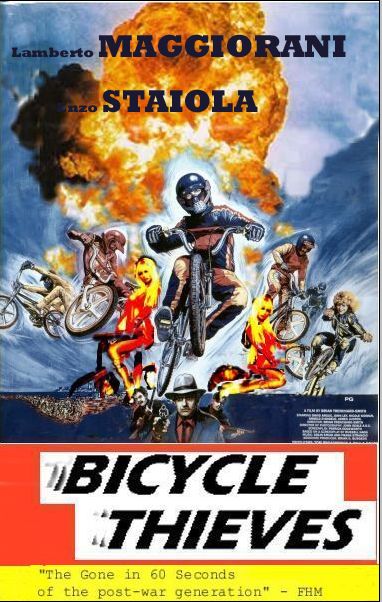 *I know this is outdated too - please see next piece